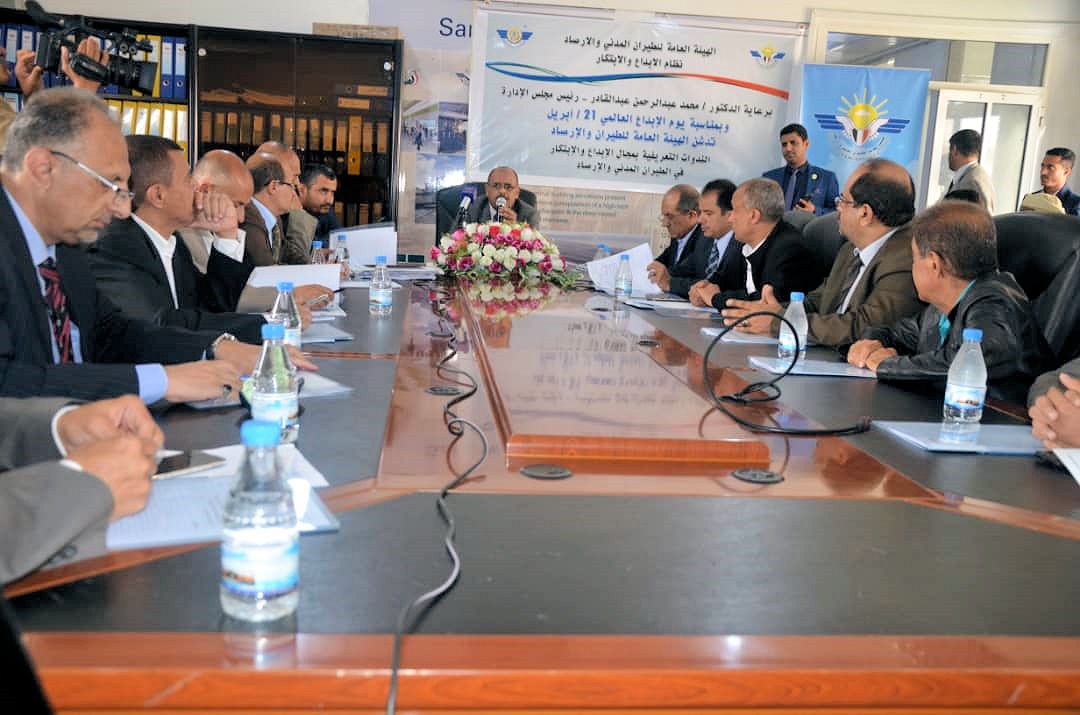 Navigation Sector, Directors General in CAMA and Advisors to the Chairman, the Chairman of CAMA stressed on the importance of celebrating this occasion for its positive outcomes in the renaissance of nations and their development because creativity is the foundation for the development and prosperity in all the political, economic and social fields assuring the support and encouragement of creativity in the field of civil aviation and meteorology as it is a breeding ground for creativity aimed at enhancing the performance and resources development.

A member of the Creativity and Innovation Committee, Eng. Hassan Al-Houthi delivered a speech in which he praised the Chairman's support for creativity, innovation and the development of talents and abilities in all that would enhance the performance. He stressed that one of the reasons for human development is the rapid technological inventions in all fields of life which were attained as a result of encouraging creativity and innovation.
During the ceremony, the Secretariat of the Committee of Creativity and Innovation presented a brief summary of the committee's tasks, the working mechanism and the organizational regulations for receiving and studying the applications. In the meantime, seminars will be organized by the committee to spread the culture of creativity and innovation in all sectors of CAMA.

During the event, a short film about creativity was presented and its positive results in the service of humanity in the various areas of life. It is worth mentioning that CAMA is one of the first authorities and institutions in Yemen that launched the creativity and innovation system.