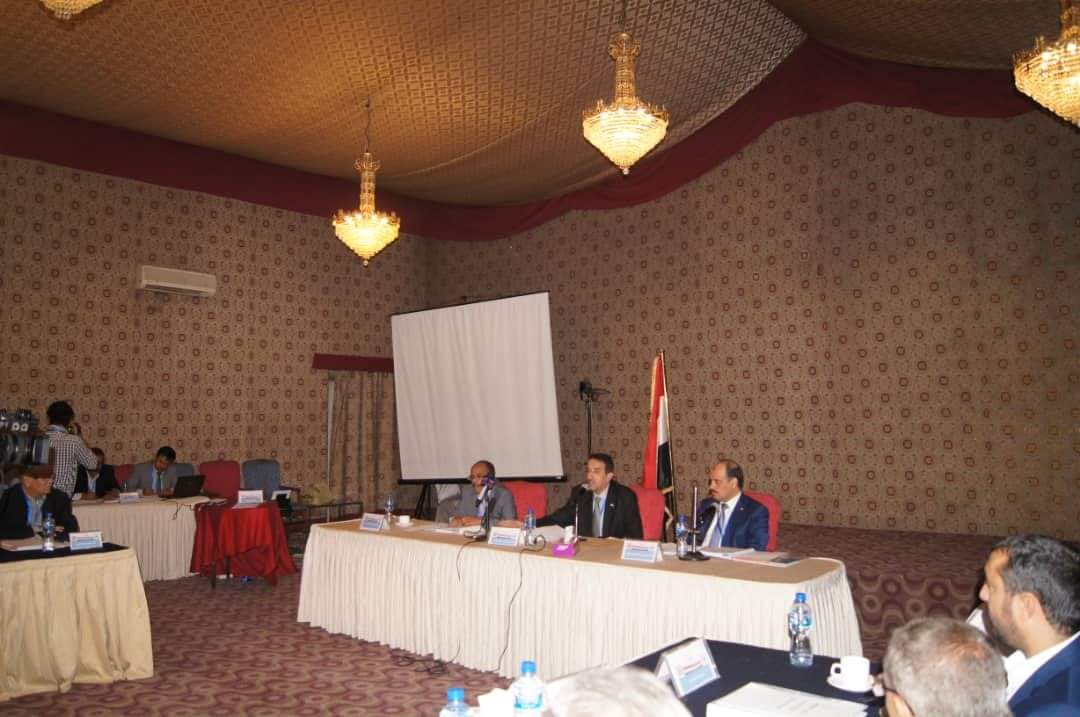 The Supreme National Committee for Civil Aviation Safety and Security held its first meeting of this year in Sana'a on 30th April 2019 under the chairmanship of Deputy Prime Minister for Defense and Security Affairs- Major General/ Jalal Al-Ruwaishan. At the meeting, which was attended by the Chairman of CAMA- Dr. Mohammed Abdulkader, Deputy

Minister of Transportation for Aviation Sector- Mr. Abdullah Al- Ansi and a number of military and security leaders concerned with the safety and security of civil aviation, the Committee discussed a number of issues on the agenda and the readiness of Sana'a International Airport for all international civil flights, including Yemen Airways. The committee also discussed the Yemeni plane's flight No. 608 on April 8 which was exposed to air piracy during its departure from Aden International Airport with 181 passengers and 9 crew members on its way to Cairo.

The committee discussed the recent problems related to radio interference affecting air navigation Telecommunications, proposals and treatments to stop the building phenomenon and attacks on the lands and campus of the Sana'a International Airport, as well as the proposal to establish an observation office equipped with sensor system to control the lands and campus of Sana'a International Airport. At the meeting, the Deputy Prime Minister for Defense and Security stressed on the importance of working with the national vision in all fields, including the field of security and safety of civil aviation in Yemen.

"The national vision, as directed by the Revolutionary Leader and the Political Council, is a consensus and agreed vision that has been subject to observations and discussions, so that it came out with its distinctive color aimed at building a new civil State with an advanced strategy in institutional work," he said. He pointed out that the national vision is an integrated and comprehensive system for all the fundamentals of modern institutional construction, and in all areas of development, economic, political and social. Al-Rowaishan also praised the efforts of the National Committee for Civil Aviation Safety and Security being the supreme authority responsible for coordinating all aspects of civil aviation security and safety.

The Minister of Transportation welcomed the Deputy Prime Minister for Defense and Security Affairs for attending the first meeting of the current year of the National Committee for Civil Aviation Safety and Security, considering the meeting as an outcome of the previous year since the establishment of the committee and the beginning of a new year in line with the national vision. The minister said that the committee will work with the national vision to build the new Yemen and its implementation in the field of civil aviation security and safety, which will assist them in the promotion and development of civil aviation in the Republic of Yemen and in accordance with the requirements of the International Civil Aviation Organization. Al-Shami pointed out that the National Committee for Civil Aviation Safety and Security has made great strides during the past year through the regularity of meetings and the implementation of resolutions and the holding of seminars aimed at maintaining the safety and security of Yemen and international civil aviation as well as the readiness of Sana'a International Airport and re-operation of all navigation aids for Telecommunication in order to ensure the operation of the airports of the Republic with high readiness.