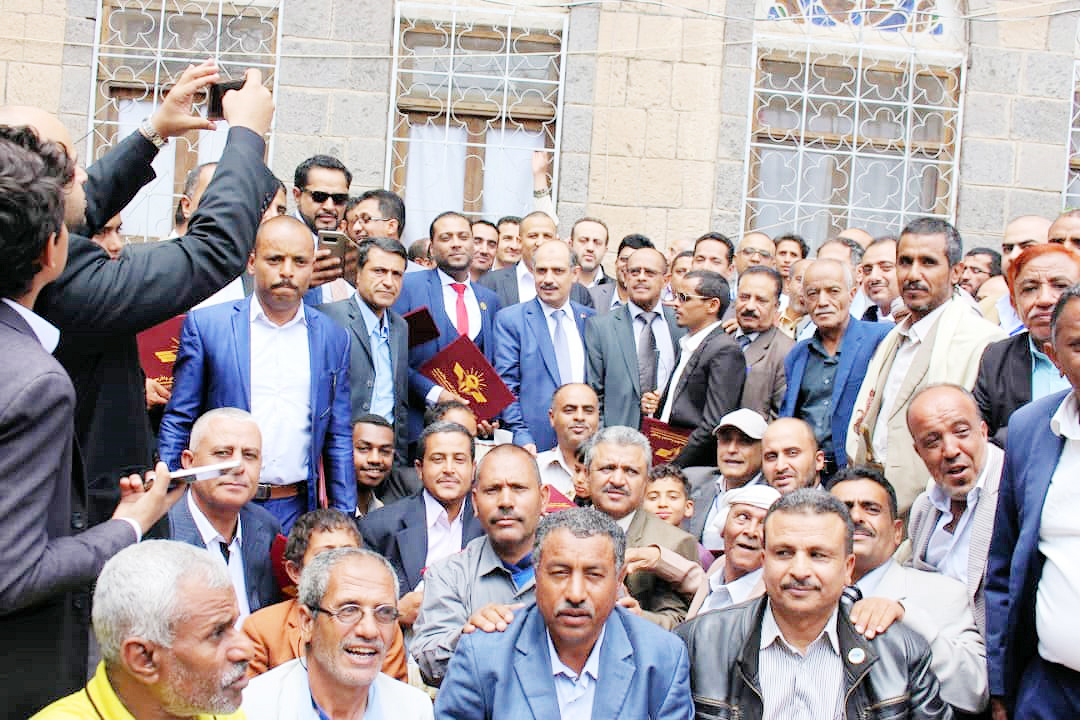 H.E. Minister of Transportation- Brigade/ Zakaria Al-Shami stressed the importance of the role of the labors in building the country, its prosperity and development in all vital fields that ensure the future of its children and generations on the basis of fixed principles and by new national visions. "Workers and labors in the Republic of Yemen have demonstrated

their steadfastness and dedication in building, construction, reconstruction and development, thus defeating the five-year- aggression coalition, frustrating all the plans of aggression aiming at killing the Yemeni people and depriving them of all capabilities," He said at the ceremony organized by CAMA on the occasion of the World Labors Day. He pointed out that honoring (189) employees of CAMA form its different sectors from all Governorates of the Republic is a proof of the developmental achievements they have achieved in the field of civil aviation technically, professionally and administratively.

The Minister of Transportation also praised the great role played by the leadership of CAMA in the attention, appreciation and preservation of all the rights of its employees in all Governorates of the Republic without exception, pointing out that CAMA works professionally in the field of civil aviation and meteorology in accordance with the requirements of the International Civil Aviation Organization (ICAO) to maintain the Yemeni and international air traffic. He urged the employees of CAMA to exert more efforts in the development, progress and prosperity of our precious country.

In turn, the Chairman of CAMA- Dr. Mohammed Abdulkader stressed on the importance of celebrating the World Labors Day, in which the workers won their rights over the capitalist imperialism that was persecuting the workers' rights in the United States of America. He also pointed out that Yemen today celebrates the honoring of the employees who have proven their competence and discipline in their work, and were a prototype for giving, especially as the country is in a state of aggression and siege. The Chairman of CAMA considered this occasion a tribute to all employees in CAMA and in all the airports of the Republic, urging them to exert more efforts and give their best to execute more achievements.

In the meantime, Ms. Nadia Basaleh delivered a speech on behalf of the honorees in which she thanked the Ministry of Transportation and CAMA for this honoring, encouragement and motivation to exert more efforts. She stressed that CAMA's progress and development in all fields of civil aviation and meteorology is a clear evidence of the interest of the Ministry of Transportation and CAMA in all the rights of employees working in CAMA.