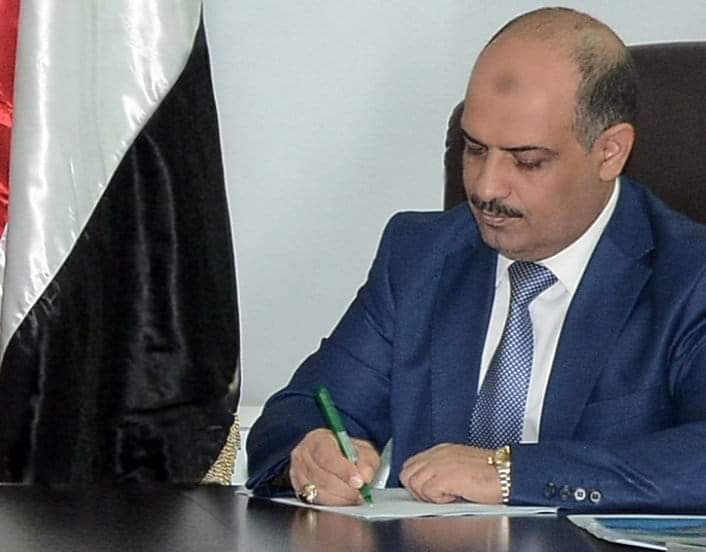 Defense. He pointed out that thousands of Yemenis need to travel for medical treatment abroad. He also indicated that the situation in the Governorate of Aden and the racist practices against the people of the northern Governorates will increase the suffering of patients who need to travel through the Airport of Aden despite the difficulties faced by the passengers through the airport.

He stressed that the continued closure of Sana'a International Airport in front of patients is a crime against humanity and an explicit violation of the international Laws and Conventions. The Minister of Transport denounced the position of the United Nations and humanitarian organizations towards the continued closure of Sana'a International Airport, which provides services to the Yemeni people. He explained that the airport before the aggression was providing air navigational services to more than two million passengers per annum; pointing out that the postponement of the discussion of lifting the blockade on Sana'a airport during the Stockholm talks was aimed by the other party to convert it into a domestic airport which is not possible at all.

He pointed out that the Ministry of Transport has made several proposals to facilitate the work of any international team allowed by the United Nations to inspect and review the progress of the procedures of flights, technical and professional equipment that are applied in accordance with the international requirements of the International Civil Aviation Organization (ICAO).

Meanwhile, he said: "Talks were held on the issue of opening Sana'a International Airport under the auspices of the UN Envoy to Yemen- Mr. Martin Griffiths for four months until we reached the final draft, but unfortunately when the issue was presented to the other party, he put these efforts back to square one".  Al-Shami also stressed that strategic options for reopening Sana'a airport are many, including hitting and suspending the enemy's airports. He added that we are wondered by the reactions of the United Nations, the International Community and International Organizations condemning the targeting by the Army and Popular Committees of the enemy's military airports, while did nothing to stop the bombing and striking of Sana'a International Civil Airport.