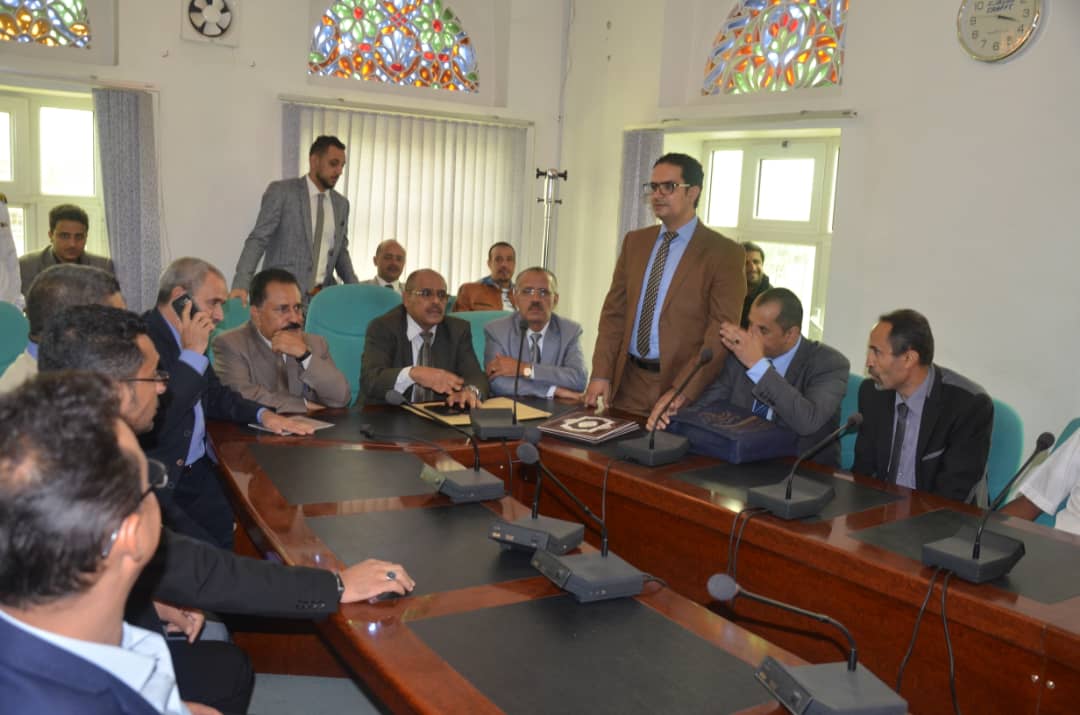 Saturday: 2018/10/20  Dr. Mohammed Abdul Rahman Abdul Qader, Chairman of the Board of Directors, praised the high technical competence of the Yemeni air traffic controllers and their outstanding performance and dedication to the safety of air navigation in our country.

This came during his visit this morning to the Air Navigation Center and its participation by a number of air observers to celebrate their International Day, which falls on October 20 each year and to give them a certificate of thanks and appreciation in recognition of their unlimited gift.

In his speech, the chairman praised the great efforts of the air traffic controllers in the country and overcome them. He pointed out that the profession of the air controller is not easy, but is considered a difficult profession that requires great concentration and attention as a profession that keeps the plane in the earth and the sky.

For their part, the air observers paid tribute to the brother / chairman and his great role and his interest in air controllers and their support in all that would raise the level of work.

While the Union of Air Observers honored Dr. Mohamed Abdel-Rahman Abdel-Qader, Chairman of the Board of Directors and awarded the shield of the air controller.

The meeting was attended by brothers /

And Naji Al-Sahmi, Director General of the Institute of Civil Aviation and Meteorology

And Abdul Rahman Aqeel, Director General of Administrative Affairs in the Authority