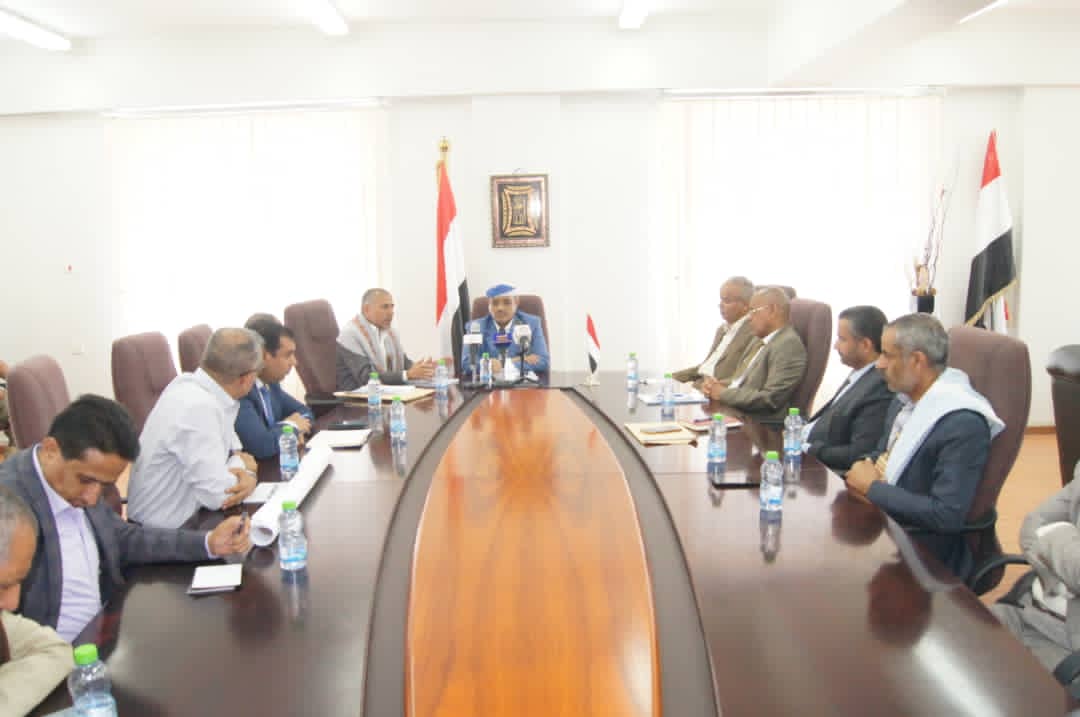 A meeting at the Ministry of Transport headed by the member of the Supreme Political Council- Sultan Al-Sami'i discussed on 7th July 2021 the attacks and unplanned random construction on the campus and lands of Taiz International Airport. The meeting, which included the Minister of Transport-Amer Al-Marani, Deputy Minister of Transport for Air Transport Sector- Abdullah Al-Ansi, Chairman of CAMA- Dr. Mohamed Abdulkader, Asst.  Deputy Chairman for Airports’ Sector-Yahya Al-Kohlani and the Ministry’s Advisor- Mohamed Al-Sharif, addressed the attacks on the lands of Taiz Airport campus and the efforts of the local authority in the governorate to protect the lands and airport properties.

The attendees reviewed the report of the committee in charge of field visits to the airport and its recommendations to lead the ministry to solve the problems with its properties and lands in its geographical surroundings in the governorate. The meeting also focused on the volume of the damages encountered by the airport as a result of the direct aggression’s targeting of its various facilities.

Meanwhile, Al-Sami'i praised the efforts of the Ministry of Transport leadership and its authorities and corporations in promoting the various transport sectors.

For his part, the Minister of Transport affirmed the ministry's endeavor to develop and modernize the airport sector despite the circumstances of the aggression and the blockade that seeks to paralyze the air traffic in Yemen in general. The Minister- Al-Marani also praised the role of the local authority in Taiz for their preservation of the airport's properties and lands; pointing out to the ongoing aggression against the airport due to its strategic importance and its air navigational services.

In the meantime, the Chairman of CAMA stressed CAMA’s keenness to rehabilitate the airport because of its importance in moving the wheel of development in Taiz and the neighboring governorates. He also reviewed the efforts of the airport’s rehabilitation and protecting it from the attacks and random construction that affect the safety and security of civil aviation and air navigation in general. The Chairman of CAMA called on the relevant authorities to cooperate and work in a team spirit to preserve the airport's campus and lands.

In addition, the Director of the Airports’ Sector- Amin Jomaan, stated that CAMA represented by the Airports Sector organized two workshops to define the parameter of the airports and reduce the obstacles, restrictions and the construction’s requirements around them to protect the airports’ parameter and lands. He said: "A committee has been formed from CAMA and the relevant authorities to go to the governorate to determine the lands of Taiz Airport, during which marks have been placed on the forbidden area for construction."

In turn, the Director of Taiz Airport- Nabil Shamsan, reviewed the problems of the airport's parameter and lands as a result of the attacks and random construction by the citizens and the lack of detailed sketches for the area.

He also pointed out that the airport had been subjected to systematic destruction by the aggression, which had taken it out of technical readiness since October 2015 causing damages to the terminals, air navigation devices, equipment, firefighting trucks and various airport facilities.