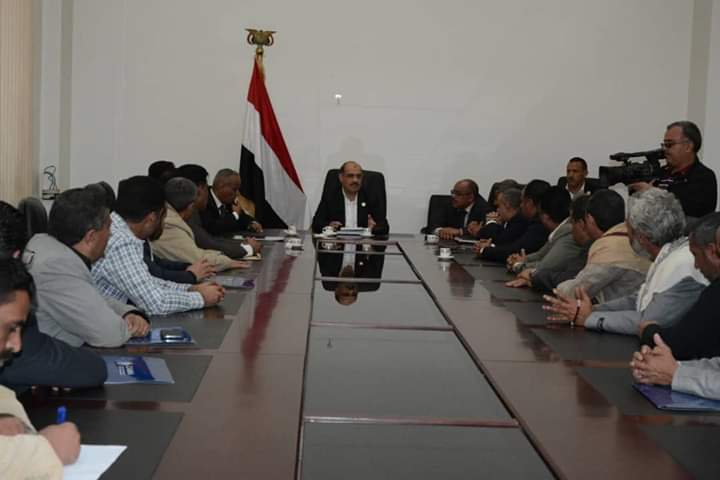 H.E. Minister of Transport- Brigade/ Zakaria Al-Shami stressed that CAMA's annual plan for the current year will promote the civil aviation in all sectors so as to enable it to compete internationally.

The Minister AL-Shami indicated in the meeting held in Sana'a with the leadership of CAMA that the development programs of CAMA will focus on the training and qualification of the cadres because of its internationally expertise trainers rarely found in the region.

The Minister of Transport also stressed the importance of cooperation and elevating the work of CAMA to enable the development of civil aviation technically, professionally and administratively. He stated that CAMA operates with complete neutrality outside the political framework as well as the political baffles and quarrels as it is a civil service entity operating in the field of civil aviation in accordance with international laws, treaties of the International Civil Aviation Organization (ICAO).

The meeting discussed the problems and difficulties faced by CAMA in light of the current circumstances and the comprehensive blockade imposed on our country, in addition to the issue of contract employees and the possibility of improving their situation according to the available possibilities of CAMA.

The meeting also dealt with the mechanisms of capacity development and the development of CAMA's cadres through training and qualification in all related sectors.